Bought my silver Prime Premium almost 3 weeks ago and it has been an excellent car. I’m a heavy commuter, driving an average of 125 miles per day 3 days a week for work. Average around town driving the rest of the week, but it adds up quickly because I live in back country and getting anywhere requires travel. Hence the desire for a plug in Prius! Local driving I can usually get by on pure electricity. If not, very little gas gets used. 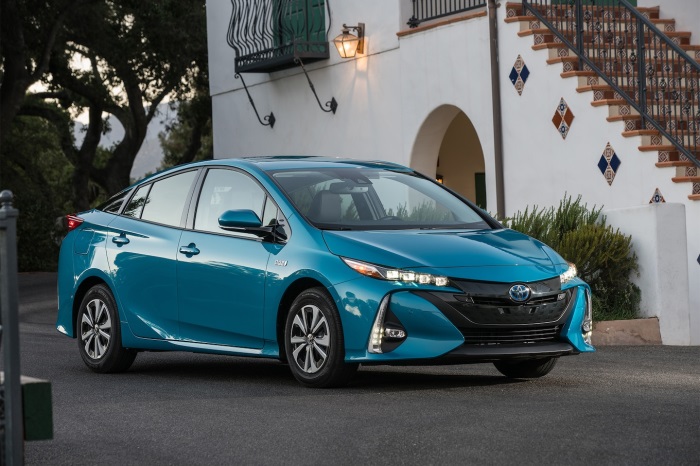 The furthest my charge has gotten me so far is 32 miles and that was with a lot of downward slopes coming out of the mountains. Playing on the curvy backroads in PWR/EV will net me about 22 pure electric miles. After 1500 miles I’ve filed up once and still have 120 miles of gas left. I’ve leased 2 Prii before this; a 2011 and 2014. I decided that I liked the Prius brand enough to end the lease cycle and purchase the next, but I wanted something with more oomph. More curb appeal. A Prius that didn’t drive or look like…well, a Prius. 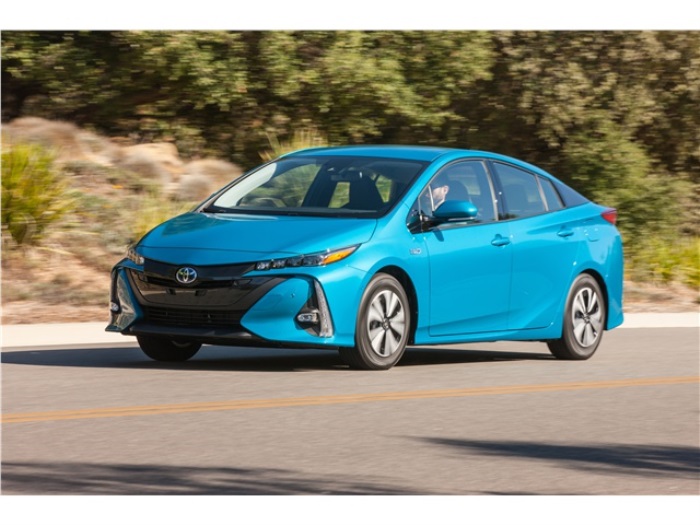 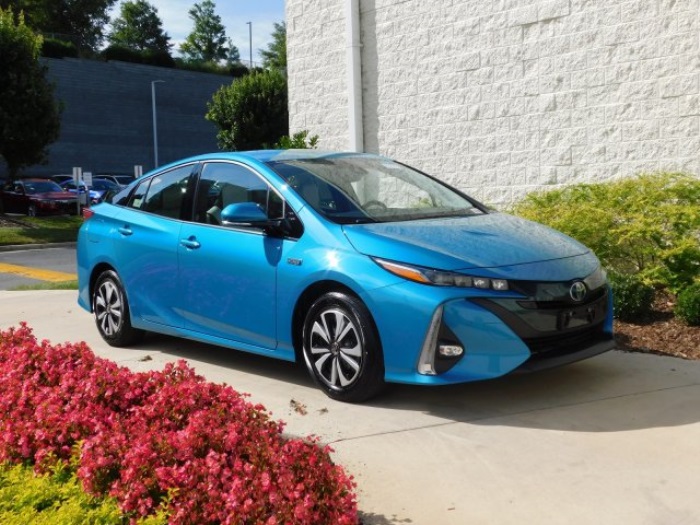 The Prime is most definitely not your typical Prius. The silhouette resembles your standard Prius, but the similarities start ending there. I can’t say much on the current Prius gen, as I have not driven one, but I can safely say the Prime has vastly improved handling over what I’ve grown accustomed to with past Prius models. It hugs curves tighter, the pick up is slightly improved (especially in PWR/EV mode – she’s quick!), and the overall drive feel is a bit sportier. The interior is like something out of a spaceship and resembles the Tesla model S with it’s huge 11″ touch screen. Something to note: there is no CD player. 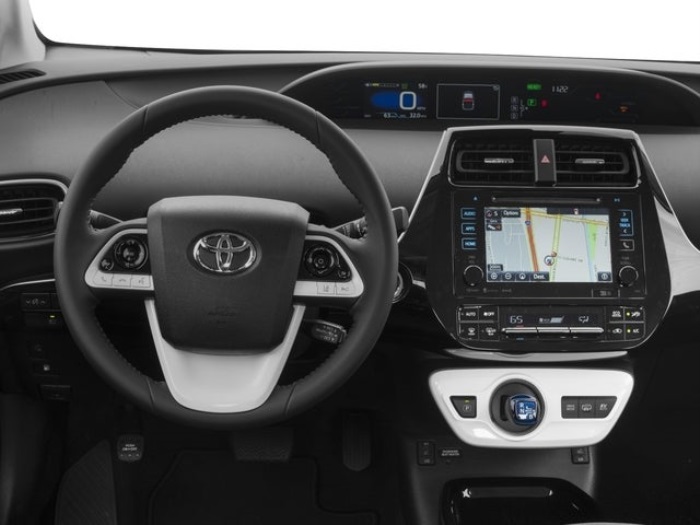 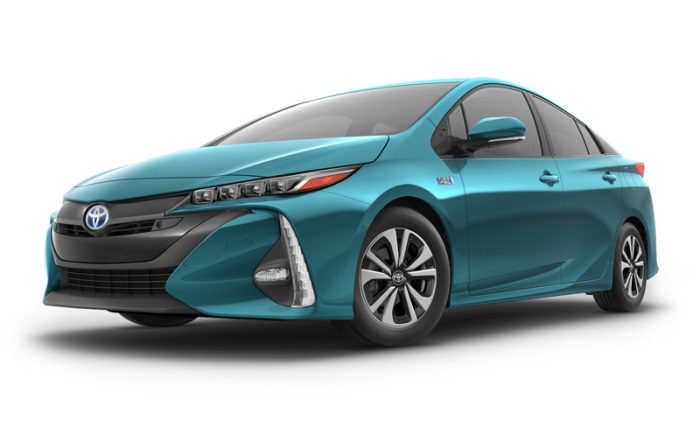 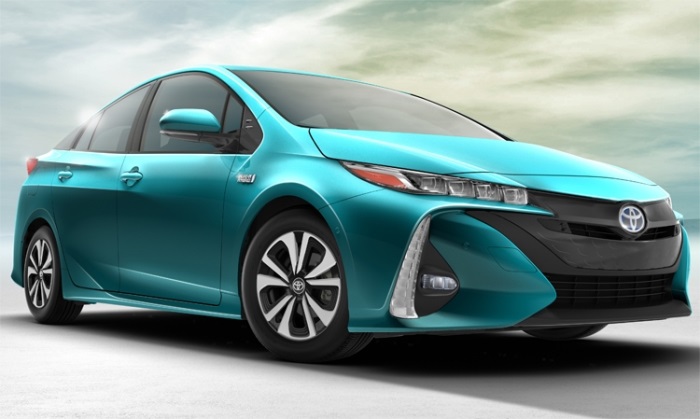 Not a big deal to me, but might be a turn off for some. My biggest gripe, and I’ll be bringing this up with Toyota at my first oil change, turning the sound up results in vibrating plastic in my passenger door. And it’s loud, even with the volume at a reasonable level. I’m a little concerned the plastic interior may just be cheap but I’m hoping they can work some magic to get it to stop. The sound system, at least in the Premium, is not great. 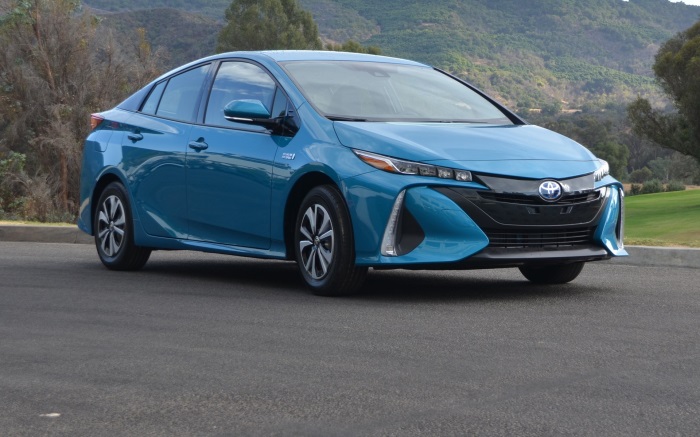 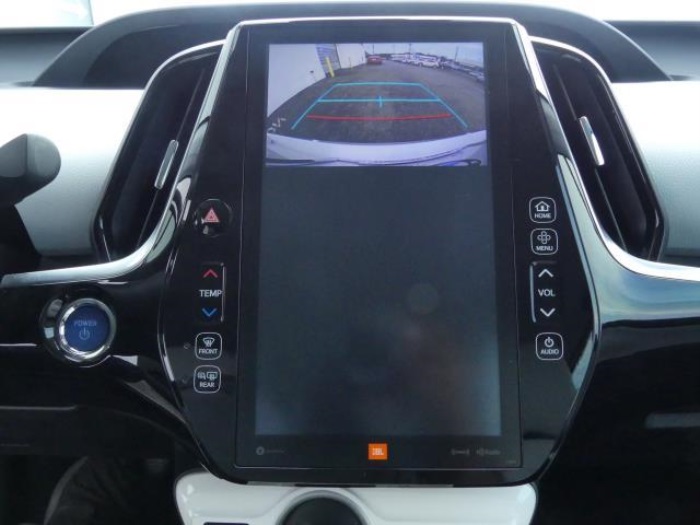 My 2014 Prius Three, non JBL upgrade, had better sound. If I turn the bass up anywhere above the mid-range lots of plastic starts vibrating. Never had this problem in a Prius before. Also worth noting for current Prius owners thinking about taking the plug-in plunge, you will lose cargo space. You will lose a substantial amount of storage. Toyota did away with the double glove boxes in lieu of one small one. The back cargo area loses a few inches in height thanks to the electric battery and there is no lifting the floor base for additional storage room. You have 3 very small hidden compartments, that’s it. If you squish and tuck, the charging cable will fit in the largest one. I used to make it a point to prove to people you could fit just about anything in the back of a Prius. Not so much with the Prime. 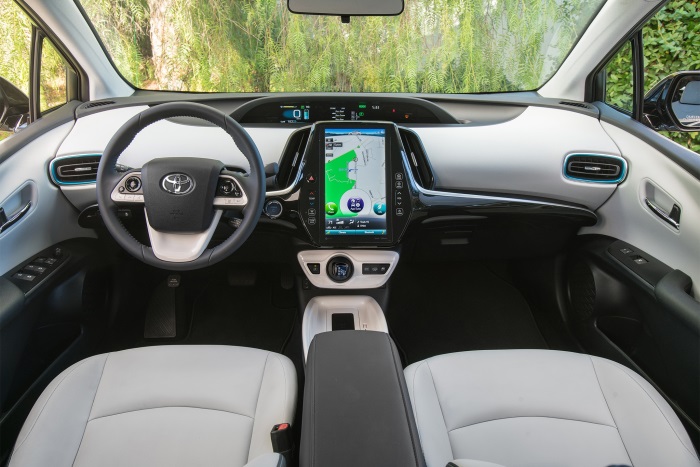 You also lose your middle seat in the back. Not a huge loss for me, but for a family it’s worth taking into consideration the passenger space you will miss out on. My final quip, which I’m still noodling out, is the awful interface between my Apple iPhone and the Entune system. There’s no sugar coating it – it’s bad. If I move my phone while it’s plugged in the music will stop and my phone goes into this annoying stream of vibrations and heats up like an oven. It’s like it’s trying to reestablish a connection constantly. I’d just use Bluetooth, but the sound becomes tinny and low when I connect it for music. Super annoying. 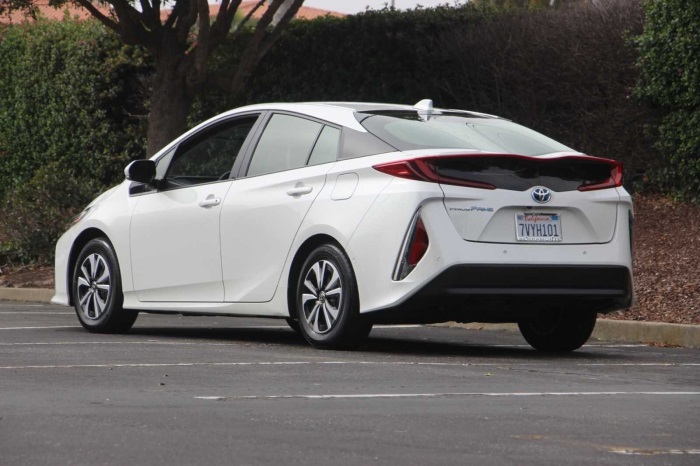 Other than that, the car is phenomenal. You may, or may not, have to hunt for one of these. I lucked out and my local dealership had one in stock. The next closest one was 70 miles away and it was the only other dealership to have them within the state of VA. MD was the next best bet. Since I bought mine the local dealership got a few more, so I think it vastly depends on the demand in your area. A manager I spoke with stated that he had to “pull teeth” to get the MD dealerships to send him the one he had on the lot.